Effects Of International Trade On The American Flooring Industry 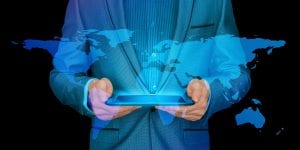 International business refers to the economic transactions made between countries and regions. The trade has led to a lot of market dynamics as various flooring and carpeting are mainstreamed into the global market. Foreign trade leads to a global economy in which demand and supply affect and are affected by international events. For instance, an increase in labor cost in flooring industries based in China may increase the importation cost of primary flooring materials produced by the country. Some of the driving forces behind international business includes international market policy such as quotas, global competition, import and export duties, comparative advantage, absolute advantage, and currency. The effects of international trade on flooring can be put into two major categories as either positive or negative impacts.

Increased production of flooring materials at a relatively low cost

Due to comparative advantage, companies involved in global trade will focus more on the creation of flooring material that they can cheaply produce.  This enables the country to specialize in a given type of flooring material that they can best provide in large scale to meet the global demand. For instance, China has been the leading exporter of laminate, luxury vinyl, and porcelain flooring materials to the U.S for several years. This is due to the lower cost of producing the same elements in China and other Asian countries than in the U.s.

During the increment of tax on goods imported from China, Sam Cobb, who is the CEO of Real Wood Flooring lamented on the high fee as it would mean harm to their company. “Our group of companies comprise the second-largest employer in the poorest county in Missouri,” Cobb said as he explained how quality engineering wood could be manufactured competitively in his heartland town. Therefore, they had to export unfinished wood to their partners in China to process it into the finished product and then send them back to Real Wood company.

Increasingly high demand for flooring materials such as engineering wood and porcelain in the U.S has led to outsourcing for imports from other countries such as China and Indonesia. This leads to the robust growth of flooring Industries as more materials are manufactured and readily sold out to the consumers. Jim Gould, president of the Floor Covering Daily, said that “In spite of all the new domestic production capacity, the demand has outstripped the country’s ability to supply. Most manufacturers are sold out and are supplementing their supply from Asia.” This statement confirms the rapid growth of the international flooring industry in the United States.

International trade led to dumping in the local flooring industries as more cheaply manufactured flooring materials channeled into the local market. The exotic flooring materials flooded the market, thereby reducing their growth. For instance, luxury plank valued at $ 5.70 in the U.S could be acquired at $3.5 from China. “Chinese manufacturers accounted for almost half of all U.S. sales in this flooring category. The impact would be greatest in the soaring LVT market, where Chinese-made products capture about two-thirds of the total U.S. market”, the director of Catalina Research Stuart Hirschhorn also noted.

Policy change can either impact positively or negatively on the flooring industry. Policies that impose more levy on flooring industries increases the production cost that translates into higher market prices. The increased taxation on the import flooring materials in the U.S as in 2018 led to a hike in production cost. This crippled the flooring companies, thus forcing some of the companies to lay off several employees in an attempt to adjust to the new policy.

As much as this policy was thought to shape up the Chinese intellectual regime, the tariffs impacted much on the local industries. Duties on flooring would accomplish nothing concerning encouraging China to reform its intellectual-property regime,” Levinson, a trade lawyer for Real Wood  Flooring wrote. “Flooring is not a high-tech industry.”

On the other hand, Cobb also smelt an economic go slow. “The economy is going to slow down,” Cobb told me. “People will figure out how to get around the tariffs over time, but it’s definitely going to have an impact on our business and lots of others.”

How Does Climate Affect Floors? Climate plays a significant role in how well floors perform. For example, in more humid

What Is Magnetic Flooring? Magnetic flooring is a type of flooring that uses magnets to create a magnetic field. This

2023 Flooring Trends That Will Increase Your Home Value

Luxury Vinyl Flooring If you’re looking to increase the value of your home, one home improvement project that you may

There are many flooring options available to homeowners, like carpet, hardwood floors, vinyl, laminate and more. Each option has its

Everything You Should Know about Bamboo Flooring

Bamboo flooring is not new in the market. It has been around for about two decades. Over the last few

Everything You Should Know about Rubber Flooring

Whether you want flooring material for your kitchen or hallway, durability is an essential factor. However, you don’t want to

DIY for Tile and Grout Cleaning

Grout lurking between the tiles makes tiles look dirty no matter how clean you try to keep them. Accumulation of

Send Us A Message